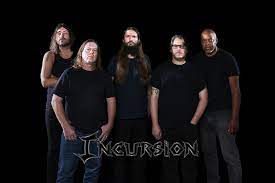 We often overlook the fact that every band started somewhere. In their collective journeys these bands sometimes lose their luster and their hunger. INCURSION is not that band. 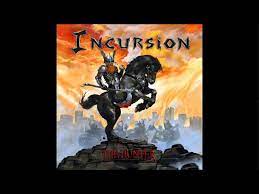 Inspiring words from guitarist maxx Havok released a passion that is undying for true heavy metal. Incursion is a modern answer to the age-old question as to who will keep the metal flame aloft. The answer is INCURSION

Sonic mastery of both sound and symbolism abounds in this epic heavy metal offering to the Gods. Here is the future. Here is the band you have been looking for. Make no doubt there are other bands who have had a longer history. But this band, this band, INCURSION is destined to liberate the areas that have not been freed from today's boring music. They will spearhead the charge into the darkening future and bring a flame of light to illuminate all who would listen. Will you stand with them? I know we will!!

For some bands the art of creation is a sacrifice and struggle to achieve the "perfect" sound. For ANUBIS it is just another day. The sound is classic heavy metal infused with modern recording mastery. 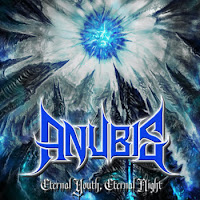 These guys are the real deal. The perfect blend of tight unwavering rhythm and solid almost ethereal vocals. The lyrics are in a class all their own. Such precision and beauty interwoven with a thunderous approach. This is the music to crank while driving at high speeds. Rare is the band that can combine all the finer aspects of heavy music into one throbbing continuum of molten metal. ANUBIS is the future of American Heavy Metal. "Eternal Youth, Eternal light" is your road map to how a band should record, write and sound. This band has it all. Powerful and precision guided American Metal at its finest and fiercest. This band is a force to be reckoned with. All bands take note: this is what you should be doing.