BURNING WITCHES live@Sweden Rock Festival The Interview
Unleashing a juggernaut of power metal, BURNING WITCHES tested the waters of Sweden Rock with their brand new vocalist, Laura Guidemond(ex-SHADOWRISE). Her prowess and vocal style proved to be a tight fit with this iconic metal group. If she was nervous, it certainly did not show at all. She ruled that stage. we had a chance to speak with her and  drummer, Lala Frischknecht backstage after the gig.

How did it feel playing at Sweden Rock?
Really awesome. A little nerve wracking but also really exciting to play this festival. We did not expect the response. Very Positive. It was bigger than we thought. Some people obviously knew the songs already so I was super curious to see how they would view me as the new singer. It was an early morning show but it was really nice to get them going.

How do you prepare mentally for a festival like this?
Well for me it is the first time. So it was important to be comfortable with the set. learn the words so I fell I can do it because it was such a short time to be ready. If I feel prepared then I can do anything. Very important to have a good mood as well before playing. It helps.

Anything you do together before you go on stage as a ritual?
We Are joking laughing. It helps with tension. 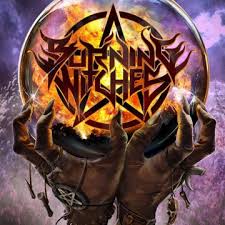 What is next for Burning Witches?
Writing new songs. we actually have 4-5 ones written. We will record one song just to see the appetite for the band. We will be playing many festivals.

How important is social media?
You have to in the modern world. Social media helps. With it you can reach more people. Fans can hear what the new band is easier, unlike before.It's easier. It is a lot of work but it is fun too.

check this band out!!! 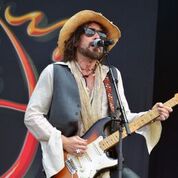 Electric Boys are the true definition of consistent heavy rock and roll. Probably best known for their hit song "All lips and hips", the band and much of their peers from the time period faded for awhile from  mainstream attention. Weathering the grunge storm, the band continues  retaining their melodic hit machine style by continue to churn out masterful songs.ELECTRIC BOYS represent what is sorely missed in rock culture today, a thoroughly solid, fun, no nonsense approach rock band. 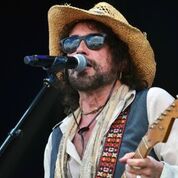 Veterans of a thousand stages and festivals, ELECTRIC BOYS do not let their fans down. Consistently delivering a rock and roll musical hammer that flattens any crowd. They Rock hard both onstage and off. The Sweden rock performance was a tour de force of pure musical power. They clearly love the music they create and the audience loves them.  We had a chance to talk briefly on the Marshall tour bus backstage.

How was the Sweden rock crowd?

We thought they would be tired as we are playing on the last day of the festival but they were great. The average swede can drink way more than say an American. They were great.


What is the craziest thing that you have ever seen onstage?

There have been so many things. But the first thing that comes to mind is when we did the Monsters of Rock tour. The first time we had gone back to America and of course we were really excited. Walking up a ramp trying to make it to soundcheck, when the ramp just dropped about 45 degrees. Boom! When something like that happens of course your whole life flashes in one second. I was ok but in shock you know. Somebody give me a drink, something.

What is next for the band?

It's kind of a weird year. New songs. Finishing up some dates. We would love to tour in America as well. But you know its harder to get a work visa.


They play "All Lips And Hips" on HAIR NATION on sirius radio all the time. How do you feel about that?
Yeah, we will have to check that out. Ha. Then they play SALTY DOG right after us. We are musicians. We have no idea how that works but any money we made from that song was spent a long time ago. Back in those days record labels would throw money at you. They could never recoup what they gave out.  So we don't see any of the money when they play that song. At the end of the day you really play for your self on that stage. The rest is a bonus and it does change from venue to venue, city to city. But, We don't count money. We do what we do because we like doing it.


Out via Mighty Music on Vinyl, CD and all digital platforms:
Order here: http://targetshop.dk/electric-boys?lang=en
or at your local record pusher.
iTunes – https://itunes.apple.com/se/album/the-ghost-ward-diaries/1437417612?l=en
Spotify – https://open.spotify.com/album/3kA55Q5FDb8bklX3GL4fci?si=pEfEcQFwQmCRMipNxz6dxw