Interview with the band HEMISPHERE 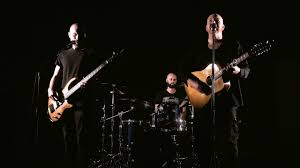 HEMISPHERE has a unique sound that instantly grabs your soul. It draws you in and then will not let you go. This "hairless" trio are producing some great rock and roll. 7/10 Wolf Howls

Go over the writing process for your latest release.

Most songs written for Hemisphere come from some sort of a true life event. The song “The Snake” was inspired by a pet snake I had. I sat back in a La-Z-Boy chair with my old 1975 acoustic 12 string that is set in DADGAD tuning in C#, as I mainly write in DADGAD. While watching the snake slither up the cage trying to push the lid off over and over to escape, I just sat rocking back and forth in my chair and wrote the main riff while watching her. The lyrics I put from the perspective of the snake wanting to escape and be set free. So all that can be heard in the song pretty well I think. I tried to relate a “jungle book” kinda vibe and give a feeling of a snake slithering. After scratching the song out in the studio I started performing it live at acoustic shows. Usually I will get some kind of audio recording from gigs and then review them as I’m driving in the car, at home and just keep working on it until it just works the way I think the listener would be into it, all the way through from beginning to end.

Three dudes crammed in a small unventilated room sweating up a storm and just grinding on material and having fun.

In your ears, what makes the perfect song?

Something that makes you want to listen to it again immediately. A song that can stand the test of time and still be relevant 20 or more years later to a new generation of fans, and still get them excited about the band is something really special, I think.

What are your main influences?

I was raised on old Metallica and so was our bass player, Grant. He learned how to play a lot of the Cliff Burton material, and we have some common ground with old school thrash. Our drummer, Robert, is into a lot of Scandivanian metal bands such Soilwork and Meshuggah, and we have some common ground with 90s grunge bands like Alice in Chains and Tool. Our first time hanging out was actually at a concert to see Primus and Mastodon. So although our music doesn’t always sound like our influences, metal is our favorite genre and style to play and we're trying to be experimental and deliver a unique sound, like the bands we love did in their early years.

What first got you involved in music?

My mother was a semi professional country singer. She raised me singing since the age of five. So I was raised in a house full of music. Lots of records and cassette tapes. My step father was a guitar player and taught me how to play riffs from Rush, Led Zeppelin, Jimi Hendrix, and all the guitar greats.

I’ve found bands through social media that I would have probably never heard of if I wasn’t on there. But at the same time it’s a giant ocean with some garbage floating in it, and it can be hard to sift through. I think It’s really hard for groups in the beginning to divide social media work up among themselves and actually truly care about being on social media constantly. It can be so time consuming and unrewarding when you're first getting going on your own. It’s not something I think any dedicated musician wants to have their life revolve around. Social media can be a great tool and open up doors for many bands, and unfortunately is a necessary evil these days.

Given the current state of the world how is your band surviving the pandemic?

We have a big scribble board with a section called “things to do.” So we are recording new material in the studio and planning a live stream event in spring 2021, and focused on finishing up a four-song EP by then. We figured 2021 will be hit and miss, but really looking forward to booking up 2022 as much as possible.

Band you would love to open for or tour with

That’s a tough question! We have several things we are experimenting with, tone wise.

Hemisphere has a set for smaller venues, where we play on acoustic guitars with distortion and effects but also love busting out the half stacks with the Les Paul and sounding heavier. If we could go on tour on a large scale, I think a band like Rammstein would be a super fun band to open up for. We love their stage presence and think their fans would be accepting to us playing our heavier set list.

Strangest thing that ever happened at a gig or rehearsal

I was badly electrocuted through my lip ring on a microphone at a gig. No more lip ring!

Where can fans get to hear your music?

You can find our music on Spotify, Apple Music, Bandcamp, and pretty much all the other major digital platforms. Or you can head to our website at hemisphereofficial.com!

Anything you want to say to new listeners?

Check us out! We realize we are nothing without fans and appreciate help spreading the word about what we are about and sound like. Hemisphere has a lot of new material in the works and can’t wait to release a new EP soon. Give us a like, follow, or subscribe to our YouTube channel and we promise to put out music that will push creative boundaries and keep you interested and listening. Thank you for your support! 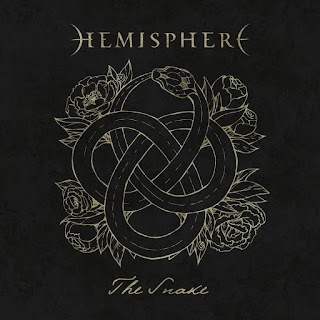