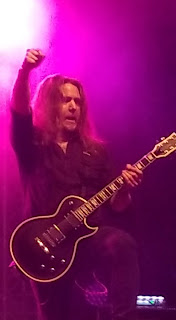 Sweden rock 2019 day 2 is now wrapped up culminating in a historic final hydrogen bomb attack by the mighty SLAYER! Just a fiery set by this American Thrash iconic band. What a way to say farewell. 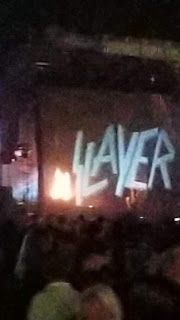 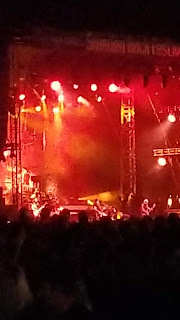 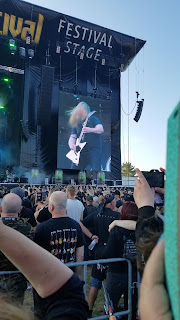 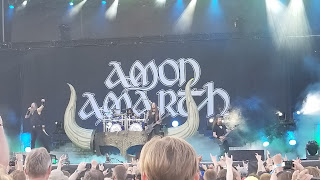 They conquered the fire rimmed stage like the metal vikings they are and just overran us with power viking death! KROKUS and ARCH ENEMY also waged a sonic war with the crowd. 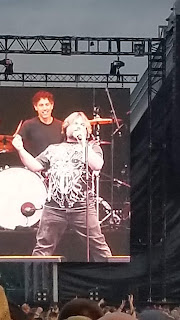 It was an incredible sight to see the crowd surging towards the TENACIUOS D stage and scream in approval at the onstage metal assault by JACK BLACK. 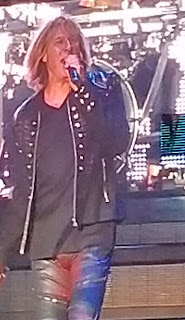 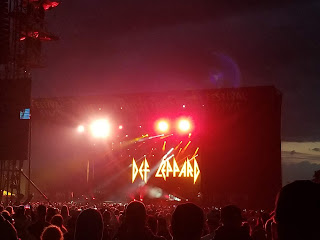 DEF LEPPARD continued to bring its hallmark and well crafted hard rocking ballads to the forefront and played as the sun began to set.
Meanwhile in the tents, SCARLET 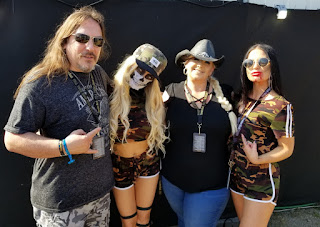 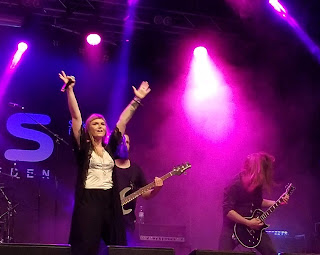 and SINS IN VAIN
kept the temps high as they whipped the tent crowds into frenzy. Ending the fest with SLAYER was pure genius and the crowd was left obliviated. Just another day at SWEDEN ROCK but hold on there is more to come.....